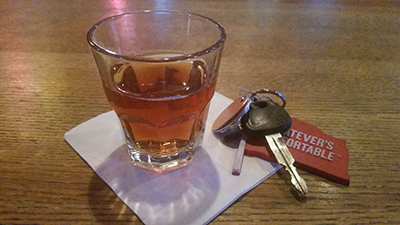 The Missouri DWI/DUI process starts before you are pulled over. The officer may pull you over if he/she has reasonable suspicion that you have committed or are in the process of committing a crime or traffic violation. Such examples of this include driving erratically or dangerously, crossing the center line, failure to use your blinker or failure to yield because the officer believes that you are under the influence.

Once You Have Been Pulled Over On Suspicion of DWI/DUI

Once the officer turns on his flashing lights and pulls you over, you are now in the initial stop phase of the process.

Representation by an attorney becomes even more important as the process continues. How the process continues after your initial appearance varies significantly by jurisdiction. The next general step is the pre-trial phase where the prosecutor will begin to develop their case against you. It is during this time that a defense attorney can discuss with the prosecutor the issues and the evidence in the case. Such evidence may include the police report, the dash camera or body camera tapes of the initial stop, your driving record and whether you have any prior convictions. It is also during this time that a defense attorney may negotiate a plea deal for you in an attempt to avoid a conviction on your record.

Will A DWI/DUI Charge Result In A Trial?

If the prosecutor is unwilling to offer a plea deal that is satisfactory to you, you may choose to proceed to trial either in front of a judge or a jury. During this time, the prosecutor and you the defendant (it is highly recommended that you be represented by an attorney at this time) will present their version of the case. During the trial, each party can call witnesses and present evidence. Once the evidence is presented, each side will be given the opportunity to give closing arguments and present the case to the judge or jury for a decision or verdict.

If you or someone you know is facing criminal charges, contact Blue Springs Attorney James A Witteman, Jr, LLC for a DWI/DUI defense you deserve at (816) 944-9946 today to schedule a free initial consultation.  We can help you answer your questions regarding dwi/dui’s and explain your legal options.