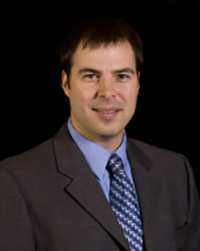 James is a general practice attorney focusing in the areas of DUI/DWI, criminal defense, divorce/family law and personal injury. He established his own firm in July 2010, having previously worked as an Associate Attorney at deVries & Associates, P.C. for three years.  While at deVries & Associates, James handled all of the firm’s criminal and municipal defense work as well as several administrative and civil matters.  From 2005-2007, he served as an Assistant Jackson County Prosecuting Attorney in the Drug Unit.  As an assistant prosecutor, James handled and tried numerous felony and misdemeanor drug and alcohol cases.  His responsibilities also included numerous traffic, probation, and civil dockets, including representing the Missouri Department of Revenue in administrative cases where an individual had allegedly refused to take a breathalyzer test.

James received his Juris Doctorate from Washburn University in Topeka, Kansas, and his Bachelor of Science degree in accounting from the University of Missouri-Kansas City.  He is licensed to practice law in the State of Missouri and is a member of the Missouri Bar Association (MoBar), Eastern Jackson County Bar Association (EJCBA) and Missouri Association of Criminal Defense Lawyers (MACDL).  From 2009 through 2010, James chaired and co-chaired the Kansas City Metropolitan Bar Association (KCMBA) Municipal Court Committee and served as the president of the Criminal Law Section.  In 2011, James proudly served on the Board of Directors for both the KCMBA and MACDL and is currently serving on the nominating committee for the Jackson County Ethics, Human Relations and Citizen Complaints Commission as well as the Jackson County Drug Commission (COMBAT).