October 15, 2015 By Jim Witteman
Now that school has been back in full swing for a few months now, you may be looking for ways to give your teenager more responsibility. This can include more freedom, an extended or relaxed curfew, and driving privileges. Part of growing up is making mistakes and learning from them. Unfortunately, some mistakes have tougher consequences than others. 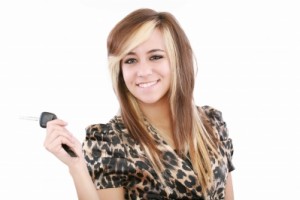 According to the Department of Motor Vehicles, drivers aged 16 to 19 years of age have the highest average annual crash and traffic violation rates of any other age group.

Being aware of the “Eight Danger Zones” for teen drivers is the best way to keep your son or daughter safe. The more aware they are of increased risks, the more prepared they can be to avoid getting into an accident. According to the Center for Disease Control and Prevention, these are the Eight Danger Zones:

Driver inexperience – Crash risk is highest in the first year a teen has their license.
Driving with teen passengers – Crash risk goes up when teens drive with other teens in the car.
Nighttime driving – For all ages, fatal crashes are more likely to occur at night; but the risk is higher for teens.
Lack of seat belt – The simplest way to prevent car crash deaths is to buckle up.
Distracted driving – Distractions increase your teen’s risk of being in a crash.
Drowsy driving – Young drivers are at high risk for drowsy driving, which causes thousands of crashes every year. Teens are most tired and at risk when driving in the early morning or late at night.
Reckless Driving – Research shows that teens lack the experience, judgment, and maturity to assess risky situations.
Impaired Driving – Even one drink will impair your teen’s driving ability and increase their risk of a crash.
There are resources online that can guide you as you talk with your teenager about these eight danger zones of teen crashes.

Impaired driving is probably the most dangerous of these eight. Not only is drinking while driving illegal, it causes the most fatal driving accidents. While a fender bender because of distracting driving is certainly not ideal, it is forgivable compared to a teen driving while under the influence. According to the CDC, 23% of drivers aged 15 to 20 involved in fatal motor vehicle crashes were drinking in 2012.

Talking to your teens about the dangers of drinking and driving is the best way to prevent a fatal accident. In the event that your teenager does drink and drive, it is highly likely they will get pulled over. Law enforcement has a zero tolerance blood-alcohol level law.

Again, we understand teenagers make mistakes and as long as they learn from it, it will help them develop into an adult. Whether your teenager has gotten into an accident because of distracted driving or they were pulled over for not wearing their seatbelt or because they were driving while under the influence, we are here to help.

In the unfortunate event that you find your teenager in a situation in which they need a skilled attorney, call James A Witteman, Jr, LLC -Attorney at Law at (816) 541-8600 to discuss any legal issue.

Seeing as there are so sundry men purchasing online and likewise exploring the web market place, it has become highly popular to order medicaments online. In these latter days more than half of men aged over 50 reported some degree of erectile dysfunctions. However, the roster is very much long. Below are the elementary things about “viagra canada“. Most likely “canadian viagra” is an extremely complicated question. Don’t forget, regard “canada viagra“. Some pops remedies can mean screwing with your sex drive. If you choose to get medicines like Viagra online, if possible get a valid recipe before do it. Preparatory to buying this medicine, tell your health care provider if you are allergic to anything.